How to Start If You're Just a Person With an Idea 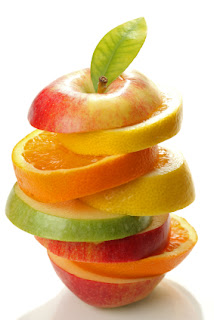 I came back from a startup showcase last night, energized, and pressed. Saw some interesting companies and amazing work. Chatted with one of the founders - they started in October 2009 and have already launched an amazing looking site (second version) with paying users and impressive advisory board - that's only 9 months from concept to market! His takes on how to get started if you're not a tech person:

1. All three founders are from business / industry background, none of them are developers. They hired a design / development shop with one project manager in New York and 2 guys in Romania. In hindsight, he said it may have been a mistake because the New York person didn't add much value and they could have just used those two Romanian guys from ODesk.

2. He suggested not hiring overseas developers as the quality is usually low and you can't really tell until it's too late.

3. If you do use those services and 3 weeks in it's not working, be quick to cut your losses. Pay a quarter of the cost and run.

4. They used that Romanian team to build the first version, and then hired their own designer and developer to create a second version, which is looking great.

5. Even though none of them have a tech background, they still did it by hiring outside help. It would be very helpful to have a tech co-founder, but it's very hard to find the right person. They just didn't want to wait.

6. 10K is about the standard to build a first version of the site. Of course depending on who you use and what type of site you build, the cost can be 10K to 1M. It’s possible to build something with 2K, but expect to spend 10K for your first version / working prototype.

Final tip - If someone is not willing to take only equity, offer him $50 an hour with some equity to get started. It's not much but lowers the risk of the developer never getting paid.
Posted by Holly at 3:42 PM