Trade-off: Why Some Things Catch On and Others Don't 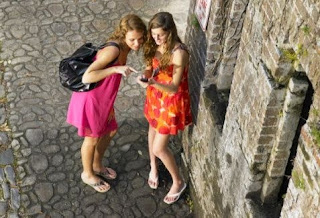 Why Motorola Razor had such a cachet and then fell flat as the free phone your grandma gets?
Why Starbucks changed from a premium coffee brand to an uncool place to meet?
Why some products and services catch on, and others don’t?

Last night I went to a talk by Kevin Maney, author of Trade-Off: Why Some Things Catch On, and Others Don’t, who believes that this is a matter of trade off between Fidelity and Convenience. Fidelity is the experience of something, the cachet, the feeling a product speaks to your personal identity, think Apple or Gucci. Convenience is ease of access, low price, how ubiquitous something is, think McDonald’s or MP3.

Think a coordinate or four quadrants with Fidelity on Y axis and Convenience on X axis. When Razor first came out, it was expensive and hard to get, thus on top left corner, as a high fidelity product. Then Motorola flooded the market with millions of Razor phones and anyone can get it for free when signing up a new contract, thus it went to the lower right corner, as a high convenience product. Similar story for Starbucks as it transformed from a cool identity brand to be on every corner. For products that neither has the cachet to be a cool product, nor has the ease to access, it falls in the lower left ‘belly’ where no one wants it – like when Kindle first came out. But it’s nearly impossible to be on upper right ‘mirage’ as it confuses users.

On surface, it seems to be one of those concepts that are branded well but don’t go far from just saying – either give user a good experience or make it real cheap to use. But I thought it’d be a good exercise to look at the web from this angle: An obvious example is Facebook: when it first came out, was a high fidelity exclusive product, which contributed to a lot of its success and cachet, then it became everybody’s social network, clearly moving towards the high convenience quadrant.

In online travel industry, membership-only sites like Jetsetter, Tablet Hotels, ASmallWorld, play in the high fidelity quadrant - they capture higher income, more engaged users but their numbers may take a while to build up. Sites like Tripadvisor, VirtualTourist, Yelp, NileGuide, Tripit play in the high convenient quadrant - they serve a broader audience, though may take a while to monetize, until reaching a certain number of users.

Then you have CouchSurfing – it’s free to use, and it gives you a tremendous pride to be a couchsurfer. Geocaching - anyone can seed or seek a cache, and people feel fantastic when they go out of their way to find a cache. WAYN – it’s free to use, and you share great life experience with the world. Foursquare – it’s easy to check in, and it makes you feel you’re part of a secret society of mayors. Have they cracked the code to shoot for the mirage? Is the rule of unattainable combination of high fidelity and high convenience still apply to the web, when most sites are free to use and claim to offer high value to users?

Maybe it is about playing in both quadrants – provide access to everyone, but it takes effort to really achieve certain status, which gives user great amount of pride. So it builds traffic and recurrence at the same time. For those who do achieve the status, it provides both fidelity and convenience, and the rest of the community all strive to achieve that.

Another way to look at it is, arguably, all of them are high fidelity products as users need to put in a lot of effort to build such status to gain the pride. Maybe 'convenience' in web doesn't mean 'ease of access' but more 'ease of achievement'. Everyone startup's situation is different, so one may choose the 'membership/invite' only route, or open up to the world but keep the community special enough and make the achievement seem super precious to users.
Posted by Holly at 2:55 AM